ClassAct 2022 has set a great example for the world: Editor-in-Chief, India Book of Records

Dr. Biswaroop Roy Chowdhury, Editor-in-Chief, the India Book of Records, talks to HT School about the contribution of ClassAct 2022 in the sphere of online quizzing. 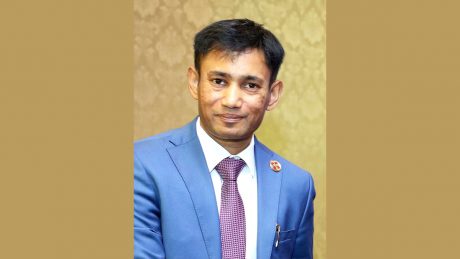 ClassAct 2022, The Hindustan Times Republic Day Quiz, started its journey on 23rd January with the preliminary round and concluded with a resounding success in the Grand Finale. It was held on 26th January and conducted by two of the finest quizmasters of the country, Dr. Navin Jayakumar and Mr. Avinash Mudaliar.

ClassAct 2022 has been declared as Asia’s largest online school quiz by the Asia Book of Records and the India Book of Records, thanks to participation from 19,625 students (Grades I-XII) in the Prelims round. There were 50,611 registrations from 32 nations and five continents. While Delhi can boast of the highest number of registrations from students, two states that saw massive participation include Maharashtra and UP. Globally, the highest number of registrations for the Prelims was seen from United Arab Emirates, United States, Singapore, United Kingdom and Nepal. An uncommon feature of the quiz was that nearly 60% girls registered for the prelims as compared to boys. Dr. Biswaroop Roy Chowdhury, Editor-in-Chief, the India Book of Records, talks to HT School about the contribution of ClassAct 2022 in the sphere of online quizzing. Here’s an excerpt from the interview.

ClassAct 2022 has brought together over 19,000 students from 32 countries across 5 continents. Will this initiative encourage more people to take up quizzing?
First of all, I would like to congratulate HT Media for achieving this great feat. ClassAct 2022 has made a huge contribution not only to the students and the nation, it has become a great example for the entire world, setting a new benchmark altogether. This online quiz has opened many new avenues and now we're able to think in terms of 5 continents and thousands of students on one platform. I must say that ClassAct 2022 has contributed significantly in taking quizzing to the masses. Every year, we receive almost 40,000 record-setting applications, of which only 10% people make it to the record books.

What, according to you, made ClassAct 2022 a class apart experience for the participants?
Every participant who took part in this quiz knew that they were competing against over 19,000 others. It’s a unique experience in itself. While students are still stuck at home during the current pandemic scenario, HT School offered them an opportunity to come together and have a once-in-a-lifetime kind of experience. I wish more and more children to be a part of such an interesting activity. In fact, I would have ensured that my 8-year-old daughter participated in ClassAct 2022, had I known about it. Nonetheless, I will look forward to more such quiz opportunities from HT Media in the future.

The prelims round of ClassAct 2022 saw more registration from more girls than boys. This is a rare scenario in India. How can quiz contests like this encourage more women to participate?
In the last two years, we have observed that girls have always outnumbered boys in any online event. Similar has been the case with ClassAct 2022. I hope higher participation from women will continue to be a trend in the future as well.

The last word...
ClassAct has set a record not only for India, it has covered the whole world. So, there will be many competitors from all across the globe who would try to achieve the standard set by HT Media, if not break it. This is the best thing to do for students, especially in the pandemic scenario: Empowering them and helping them connect with their peers from all over the world.