The value of Rupee is at a record low against US dollar: How is Foreign Exchange Rate calculated? 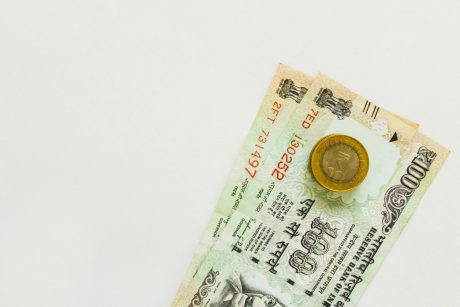 The value of a currency depends on its demand in the international market. Image: HT Digital

On Monday, the value of Indian Rupee hit a record low at INR 76.92 against the US dollar. This is the result of global inflation, thanks to the ongoing Russia-Ukraine war and recent lockdowns in China, as well as aggressive policy tightening from central banks. This all-time low is also the result of a fall in the share market rate by 1.09 percent, hike in crude oil prices and intensified foreign fund outflow. Moreover, the US Federal Reserve has also enhanced its interest rates for the Reserve Bank of India.

In simple terms, Foreign Exchange Rate is the value of one country’s current currency with respect to another country’s currency. This rate never remains constant, and keeps changing almost every day.

For instance, at present, the exchange rate of Indian Rupee in relation to US dollar is this: 1 US dollar = 76.92 Indian Rupee. This means that if someone wants to exchange rupees for a dollar, he or she has to pay INR 76.92.

How is the value of a currency determined?
The value of a particular currency depends upon the floating exchange rates. It is determined based on the demand and supply concept in economics, i.e., a currency that has more demand has a higher value and vice versa. This happens in the Foreign Exchange Market and doesn’t depend upon the government or authority of a particular country.

Another less popular system of value determination for currencies is called pegged exchange system where the value of a currency is fixed against another currency. For instance, a country can decide that their currency is valued at 1/3 of a US dollar.