6 inventions that happened by chance

Many accidental discoveries have changed the world. Read on to know about a few of them. 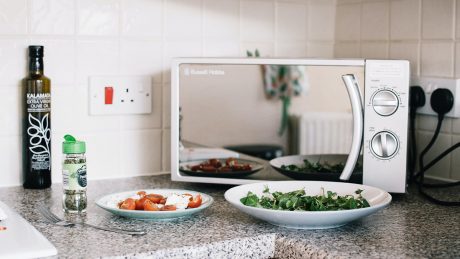 Quite a few products that are now a part of our everyday life were actually accidental discoveries.

Not all inventions are deliberate. Quite a few products that are now a part of our everyday life were actually accidental discoveries. Here are some of these commodities that you didn’t know were purely a stroke of luck!

Penicillin
Penicillin was one of the world’s first antibiotics that came into being in the year 1928. However, this was an intentional discovery. Instead, the discovery of Penicillin happened by sheer accident. Dr. Alexader Fleming, the brain behind this medicine, went on a vacation halfway through an experiment involving bacteria. He had left behind a petri dish of cultures of Staphylococcus aureus in the lab sink. When he returned two weeks later, he found bacteria had grown all over the plate, except in an area where a mould called Penicillium Notatum had formed. This one simple oversight led to a discovery that revolutionized medicine.

Microwave
Percy LeBaron Spencer, a Raytheon engineer, was working on magnetrons which are high-powered vacuum tubes that generate short radio waves called microwaves. While Spencer was standing next to the device one day, a chocolate bar in his pocket melted. He realised the magnetrons were the reason behind this. By 1945, he had filed a patent for his metal cooking box powered by microwaves.

Saccharin
The very first artificial sweetener was saccharin, accidentally discovered in 1879. Russian chemist Constantin Fahlberg was working in his chemistry professor Ira Remsen’s laboratory and accidentally tasted some of the chemicals he was working with. After some extended research, he found that the sugariness was caused by the reaction of o-sulfobenzoic acid with phosphorus (V) chloride and ammonia to create benzoic sulfinide, or as we know it, saccharin.

X-ray Machine
While experimenting on a vacuum tube covered in cardboard in 1895, Wilhelm Conrad Röntgen, a physicist from Wurzburg, Germany, noticed a mysterious glow emanating from a chemically coated screen nearby. Röntgen realized some invisible rays coming from the tube were passing through the cardboard to make the screen glow.  He named the new rays causing this glow X-rays due to their unknown origin. There are conflicting accounts of his discovery because Röntgen had his lab notes burned after his death.

Coca-Cola
Coca-Cola, one of the most popular beverages across the world, was actually invented by a pharmacist by the name of Dr. John Stith Pemberton in the year 1886. Pemberton had originally set out to create an opium-free alternative to painkillers for headache. He used two main ingredients in his aspirational headache cure: Coca leaves and cola nuts. When his lab assistant accidentally mixed the two with carbonated water, the world's first Coke was the result.

Velcro
Swiss engineer Georges de Mestral was on a hiking trip in 1941 when he found burrs clinging to his pants and also to his dog's fur. He found that the burr's hooks would cling to anything loop-shaped. When he artificially re-created the loops, he came up with what we know as Velcro today. Velcro, a combination of the words ‘velvet’ and ‘crochet’ was popularised in daily use after NASA used the material in flight suits to help secure items in zero gravity.