All about Malala: A girl who doesn’t give up

We have all heard of Malala Yousafzai. Let’s read her story today. 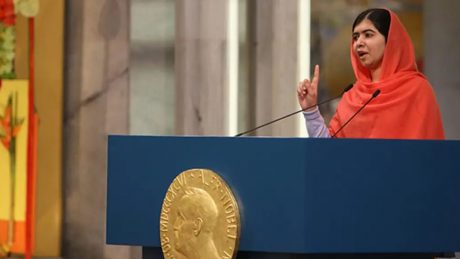 After the Taliban government banned girls from attending school beyond the primary section, a letter has been making news. An open letter addressed to the Taliban leadership by Afghan women’s rights activists urges the government to allow girls to return to school immediately. The Taliban claims they will allow girls again after the country stabilises, but almost all activists are sceptical about it. This letter has brought Malala Yousafzai in news recently, as she added that her religion does not justify preventing girls from going to school.

Educational activist Malala Yousafzai became headline everywhere when she was shot by Taliban militants in Pakistan, in her home town in the Swat Valley while travelling in the school bus in 2012. Back then, she was 15 years old. Malala was flown to the UK where she survived being shot in the head. This made her news, but she was already known to the media before that.

Who is Malala Yousafzai?
Malala was born on July 12, 1997, in the town of Mingora in the Swat valley of Pakistan. Her father, an activist himself, ran the Khushal Girls High School and College, where she went to study. He had named her in memory of Malalai, an Afghan warrior who had led the Pushtun community in war against the British and won.

In 2007, the Swat Valley, which used to be a tourist destination, was invaded and taken over by the Taliban. On September 1, 2008, 11 year old Malala was taken to a press club in Peshawar. Malala gave her first speech there: “How Dare the Taliban Take Away My Basic Right to Education?” Her speech was publicized throughout Pakistan. But the Taliban declared all girls schools would be shut down from January 2009.

How did Malala become an international figure?
In 2009, British Broadcasting Corporation (BBC) approached Malala’s father in search of someone who might blog for them. Assuming the pen-name Gul Makai, Malala began writing regular entries for BBC Urdu about her daily life, and these were translated to English. Meanwhile, the Taliban shut down all girls’ schools in Swat and bombed more than a 100. In October 2011, Malala, a full-fledged activist by then, was nominated for the International Children’s Peace Prize. In December 2011, she was awarded Pakistan’s first National Youth Peace Prize. So the attack on her in 2012 was a planned one by the Taliban.

What does Malala do now?
After winning the Nobel Peace Prize, Malala continued living and studying in England, graduating from the University of Oxford in 2020. She had opened a girls school for Syrian refugees in Lebanon in 2015. She has also written two books, lots of blogs and articles, and continues working actively for women’s right to education.