Battles royale: Beatboxing their way through the lockdown

Through the last year, the Indian Beatbox performed in various platforms to raise money for COVID relief. 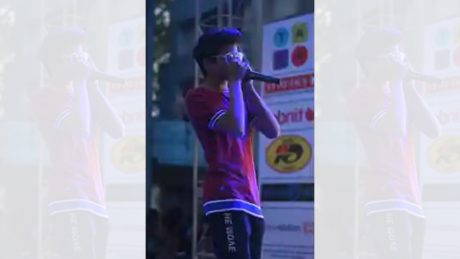 Moitreya Chatterjee aka MarvelBeatbox, 21, used the lockdown to find his voice and gain international recognition.

They don’t sing, but they create sick beats. India’s beatboxers have ended up making the most of the lockdown, battling it out online, levelling up their skills and using their voices to raise money for COVID relief. For the uninitiated, beatboxing is simply vocal percussion--who hasn’t indulged in it--but carried to an extreme.

Across the country and around the world, the community came together on platforms such as YouTube, Discord and Instagram, organised new battles and recognised new talent. “The opportunities during the lockdown helped me realise that my talent and love for beatboxing could be more than a hobby,” says Moitreya Chatterjee, 21, a student who goes by MarvelBeatbox.

He started beatboxing at 15, but it was in 2020, from his home in Kolkata, that he began to compete in international beatboxing battles. He came in second at a battle organised by Swissbeatbox, a large international community; he was vice-captain of the India team at the Community Throwdown of Beatbox International, and the team came in third; and one of his performances was beamed live to an audience in Kaliningrad in Russia.

“Before the lockdown I didn’t have the confidence to travel internationally. But now that I have the recognition and skill, I’m sure I’ll be making my first to Europe, where beatboxing is a big deal and the battles are tough,” Marvel says.

Meanwhile, Beats for Relief was started in June 2020 by Krish Rai, 17, a student from Mumbai. He raised just under ₹40,000 through a Covid Relief Championship where participants and attendees donated via crowdfunding platform Milaap. Proceeds went to the non-profit Akshaya Patra Foundation.

In the Capital, the Delhi Beatbox Community conducted battles such as Know Your Genre and Surge Online on Discord, that acted as fundraisers for the CM-LG Covid Relief Fund in Delhi. Participants and attendees, many young students, contributed a total of ₹3,000.

Early in the lockdown, in May, BBX India, which conducts the Indian Beatbox Championship, held their first-ever Zonal Crusades. Over 250 beatboxers sent in video entries. The top 32 participants from the four zones (North, East, West, South) battled it out on Discord in three categories — solo male, solo female and loop station.

“We got some sponsors and we got the 2018 Beatbox Battle World Champion Alexinho in as a judge,” says Rajkamal K aka Raka Vee, 29, who founded BBX India in 2017. Alexinho tuned in virtually from France, and selected the top beatboxers across categories as the contenders battled it out online.

“Amid Covid, everyone was at home with a laptop. The community became very strong and active online,” says Raka Vee.

It was a game-changing time for Pujitha G aka Beatrix, 19. She had been on a break from beatboxing since early 2019, focusing on her computer science and engineering degree. When the lockdown was announced, things changed. “I decided to sign up for the Zonal Crusades, my first beatbox battle ever,” she says. And she won in the solo female category.

The win boosted her confidence and she returned to beatboxing on social media. Soon she was showing off her skills on the India edition of MTV Hustle Beatbox, a 28-episode online show broadcast on the channel’s social media accounts and hosted by Raka Vee in August-September.

“The immense amount of free time and nothingness gave me an opportunity to explore my style of beatboxing again and how I could improve as a solo beatboxer,” Beatrix says.