Can black fungus affect kids too? Here’s what parents should know

Black fungus is wreaking havoc in India now. Here is a low-down on this dangerous infection. 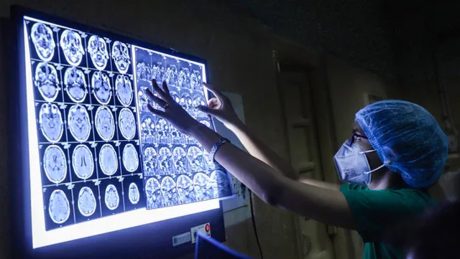 Recently, Gujarat reported the first case of paediatric Mucormycosis, commonly known as black fungus. An ANI report suggests that a 15-year-old boy from the state recently caught this fungal infection, which is affecting an alarmingly large number of many COVID-19 survivors. This teenager from Gujarat was also diagnosed with black fungus after successfully recovering from COVID-19. According to local media, he complained of symptoms a week post after recovering from the novel coronavirus. Characterised by breathing problems, blood in the cough, fever and chest pain, black fungus has been declared as an epidemic by Jammu and Kashmir, Tamil Nadu, Gujarat, Odisha, Bihar, Uttarakhand, Rajasthan, Telangana and Chandigarh.

Black Fungus and COVID 19: What is the connection?
As of now, India has reported above 9000 cases of black fungus among COVID-19 patients. Doctors are attributing this sudden surge to the widespread use of steroids and zinc for the treatment of novel coronavirus. Experts are of the opinion that steroids bring down white blood cell count and the presence of metals like zinc in the body make it congenial for fungi to thrive. All these, combined together, may have increased the instances of black fungus. However, further research is required to reach a conclusive opinion. Humidifier used during oxygen therapy may also make COVID-19 patients vulnerable to this infection.

What causes Mucormycosis?
It is a rare but life-threatening non-communicable disease that mostly affects people with compromised immunity and diabetes. Black fungus is caused by a group of molds known as mucormycetes which attack the sinuses, lungs, skin and even the brain. They can sneak into the body from soil, rotting produce or bread, or compost piles.

Symptoms to watch out for
The location of the fungus in the body is the deciding factor behind the symptoms of black fungus. Common signs include:

Diagnosis and treatment
In order to detect black fungus, doctors start with a physical examination followed by a detailed analysis of medical history. If they suspect the infection to have spread to the lung or sinus, they may collect a sample from the nose or throat to confirm the diagnosis. A biopsy of the affected tissue may also be suggested. CT scan or MRI is recommended to find out if the infection has reached the brain or other organs of the body. The line of treatment includes anti-fungal medications taken through the veins or in the form of pills.

Black fugus and kids
Though immunocompromised people are mostly vulnerable to Mucormycosis, it is being observed now that the disease is also affecting youngsters with no history of compromised immunity. However, according to doctors, children may be more vulnerable to white fungus, a new variant of this infection.