Charles Robert Darwin: He shed light on origin of species

This English naturalist’s vital contribution was the theory of evolution by natural selection wherein je proposed that all species had descended from common ancestors. It became a basic concept in science and evolutionary theory. 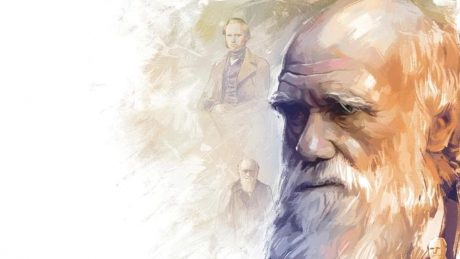 Darwin Day, commemorating his birthday on February 12, has become an annual celebration in United Kingdom and 2009 marked his bicentenary and the 150th year of On the Origin of Species.(Illustration: Gajanan Nirphale)

Born on February 12, 1809, in Shrewsbury, England, he was the fifth child of Robert and Susannah Darwin. His father was a doctor, as was his grandfather, Erasmus Darwin, who had a great influence on his later theories. His mother died when he was 8. At the age of 9, Darwin joined the Shrewsbury School.

In 1825, Darwin joined the Edinburgh University to study medicine but soon realised that it was not his calling. In 1828, he joined the Christ’s College, Cambridge, to become a member of the clergy. Soon, he gave up that idea too but continued studies. He attended Professor John Stevens Henslow’s botany classes and started collecting beetles. He received a bachelor’s degree in 1831.

In 1831, Darwin was offered a position as a naturalist on HMS Beagle, one of the British Royal Navy’s survey ships. Captained by Robert FitzRoy, the ship began journey around the world. The voyage lasted five years, which proved to be a lifetime opportunity for Darwin. While the Beagle surveyed the coasts, he spent time on land investigating geology and making natural history collection. He collected various specimens of birds, plants and fossils. As the Beagle traversed through the coasts of South America, he theorised about the geology and extinction of giant mammals. The Pacific Islands and Galapagos Archipelago were of particular interest to Darwin.

Returning to England in 1836, he penned down his findings in the book, Journal and Remarks, which was later published as part of Captain FitzRoy’s collection titled Narrative. The book gave the world several new beliefs and ideas. While reworking on the study of transmutation, he published the multi-volume Zoology of the Voyage of the Beagle.

After two decades of scientific investigation, Darwin published On the Origin of Species by Means of Natural Selection on November 24, 1859. The book was controversial as it claimed that homo sapiens were simply another form of animals.His Theory of Evolution changed the way the world looked at the creation of life. Until then, the dominant thinking was that all species either came into being at the start of the world, or were created over course of natural history.

In both cases, it was believed that species remained much the same throughout the time. Darwin, however, noticed similarities among species all over the globe, as well as variations based on specific locations. It led him to conclude that they had gradually evolved from common ancestors.

He came to believe that species survived through a process called “natural selection,” where species that successfully adapted to meet the changing requirements of their natural habitat survived, while those that failed to evolve and reproduce perished.

Darwin married his cousin Emma Wedgwood in 1838. The couple had 10 children, of whom two died in infancy. He died on April 19, 1882 due to angina attacks and heart failure. Even though St Mary’s churchyard in Downe was to be his final resting place, he was buried at the Westminster Abbey, near the graves of John Herschel and Isaac Newton, following several public and parliamentary petitions.

1.Darwin was an adventurous eater, applying his trademark scientific curiosity to animals both in the wild and on the table. While living in Cambridge, he presided over the Glutton Club, a gathering of food aficionados who met to dine on “strange flesh.” The club often ate birds of prey like hawks and bitterns. He reportedly gagged on a meal of brown owl, writing that the taste was “indescribable.”

2.Once, a group of tanager birds related to those he found in Galápagos became known as Darwin’s finches and were incorrectly claimed to have been significant to his work.

3.Natural History Museum, London has a life-size statue of Darwin in its main hall. Another statue of him, can be found at the Shrewsbury Library, the building that housed Darwin’s old school.

4.Darwin Day, commemorating his birthday on Feb 12, has become an annual celebration in United Kingdom and 2009 marked his bicentenary and the 150th year of On the Origin of Species.