Explained: Why Netflix India has decreased its subscription rates? 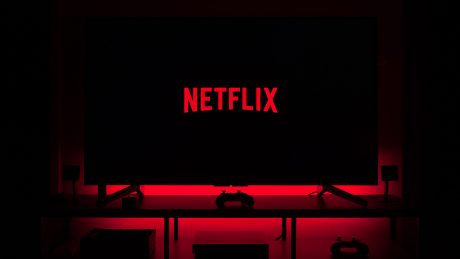 While Netflix lowered its prices, Amazon Prime increased them.

Netflix India, one of the most popular video streaming platforms in the country, has lowered its subscription rates this holiday season. According to their official statement, this initiative was undertaken to make it more affordable and spread joy among people in India. But there were other factors involved as well. Let us explore them.

What are the new subscription rates for Netflix?
The lowest Netflix subscription plan now stands at INR 149 per month as opposed to the earlier INR 199 per month. Even with this reduction in monthly subscription prices, they are still higher in comparison to its competitors in India. Nonetheless, the company is looking forward to boosting the number of its subscribers. The changes issued are as follows.

The subscription rate for the mobile-only plan has gone down from INR 199 to INR 149. With this plan, users can now watch low 480p resolution content on the platform on their smartphones or tablets.

The most significant reduction has been in case of the basic plan. Its rate has reduced from INR 499 to INR 199. With this plan, users will be able to watch 480p resolution content on all kinds of devices including laptops, computers and TVs, besides phones and tablets.

In case of the standard plan, the prices have gone down from INR 649 to INR 499 and is supported on all devices and users can watch 1080p videos. However, unlike the first two plans where only one device is supported at one time, here two devices can be used simultaneously.

Finally, high-end premium plan’s prices are now INR 649 against the previous INR 799. It supports 4K and HDR videos and can be used on four devices simultaneously.

Where do the competitors stand?
The holiday season is always the most profitable time of the year for video streaming platforms like Netflix, Amazon Prime, Disney+Hotstar and many more. This is why competitors line up to make their subscription rates more affordable that one another.

In fact, Netflix announced these changes overnight right after Amazon Prime increased its subscription rates. At present, Amazon Prime’s annual plan costs INR 1499 against its earlier rate INR 999. In case of monthly plans, it stands at INR 179 as opposed to the previous INR 129, while its quarterly rates have gone up from INR 329 to INR 459. However, Amazon Prime does support shopping benefits alongside music streaming.

Earlier, from September, Disney+Hotstar had also increased its subscription rates, with its cheapest package being INR 499 annually, with low quality content that can only be streamed on mobile devices. There are two other annual plans of INR 899 and INR 1499, both of which support high-resolutioned content.