Haryana students will get extra marks for nurturing plant saplings

Haryana CM Manohar Lal Khattar said that the marking provision will be worked out soon. 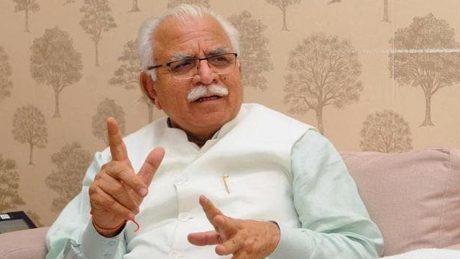 A new policy, recently announced by Haryana Chief Minister Manohar Lal Khattar, comes as a good news for students of the state. It will not only help them score extra marks but also go a long way in inculcating eco-friendly habits. While speaking at an inaugural function on Sunday, Khattar announced that extra marks will be given to students of classes VIII to XII who will cater and nurture plant saplings. According to PTI reports, this provision of extra marks in the final examination will be applicable for students of the state's Board of School Education only. The modalities for the evaluation provision will be worked out soon, the chief minister said in his statement.

An official statement mentioned that Khattar was speaking after inaugurating a Panchkarma Wellness Centre on last Sunday. The centre is located in the panoramic view of Nature Camp Thapli and Nature Trails of Morni hills in the Panchkula district. Union Minister of State for Jal Shakti, Rattan Lal Kataria, Haryana Vidhan Sabha Speaker, Gian Chand Gupta, Tourism Minister Kanwar Pal, were among others present on the occasion.

As part of the inaugural function, Khattar also took part in adventure sports including hot air ballooning, paragliding and riding water scooters, in the Morni hills area of Panchkula district. In his speech, the minister mentioned that a club will be formed to impart training to the youth of the neighbouring areas for paragliding. The club will be named after legendary sportsperson Milkha Singh, who recently passed away here due to COVID-19 complications.

An official statement mentioned that eleven nature trails have been developed by the forest department of Morni hills as part of the Panchkula integrated development project. The local youths will guide and explain the tourists about local culture and traditions as well as the flora and fauna of the area. Khattar also highlighted that this integrated development plan will give an impetus to the employment opportunities of the local youth while helping Panchkula become the most developed city of the country. PTI quoted Khattar saying, “By starting such activities in the Morni Hills area amid the backdrop of the Shivalik hills, people will not only get an opportunity to indulge in these exciting activities, but this will also lead to economic development of the surrounding area.”

The Haryana CM also mentioned about a few other tourism and adventure sport initiatives that are in the pipeline. They include:

(With inputs from PTI)