He is the creative genius behind the Linux kernel operating system that he wrote as part of his Master’s thesis titled Linux: A Portable Operating System aged 21. 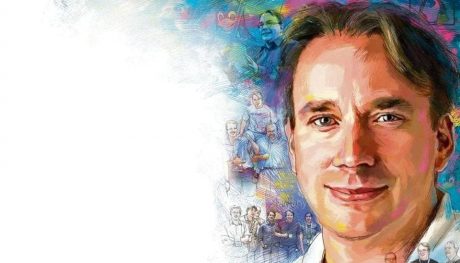 In the year 1999, Linus Benedict Torvalds was given the title of one of the top 100 innovators, under the age of 35, in the world by MIT Technology Review TR100.(iLLUSTRATION: Unnikrishnan)

Born in Helsinki, Finland, on December 28, 1969, Linus Benedict Torvalds is the son of journalists Anna and Nils Torvalds, and grandson of statistician Leo Tornqvist and of poet Ole Torvalds.

Between 1988 and 1996, he attended the University of Helsinki and obtained a master’s degree in computer science.

During his studies, he joined the Finnish Army Uusimaa brigade in 1989 and attended the 11-month officer training programme to fulfil the country’s mandatory military service norm.

In 1990, he resumed studies at the university. It was during this time that he got acquainted with the operating system, ‘Unix’. He wrote his Master’s thesis on ‘Linux: A Portable Operating System’. He became fascinated and interested in computer science after he worked on the 8-bit home computer, VIC-20.

The first prototypes of Linux were publicly released later in 1991 and by 1994 Linux kernel (original code) version 1.0 was released.

In addition to Linux being free, its source code can be viewed and freely modified by anyone, unlike a proprietary OS.

In 1997, Torvalds took a position with Transmeta Corp., a microprocessor manufacturer, and relocated to California. Six years later he left the company to work as a project coordinator under the auspices of the Open Source Development Labs (OSDL), a consortium created by such high-tech companies as IBM, Intel, and Siemens to promote Linux development.

In 2007, OSDL merged with the Free Standards Group to form the Linux Foundation. In 2012, he was awarded the Millennium Technology Prize by the foundation Technology Academy Finland. He also created the distributed version control system Git and developed interest in scuba diving. Taking his enthusiasm for the newfound hobby further, he developed Subsurface, a scuba dive logging and planning software.

He was a recipient of the EFF Pioneer Award in 1998.

In 2008, he became an inductee into the Hall of Fellows of the Computer History Museum in Mountain View, California. In 2012, he was inducted into the Internet Hall of Fame. Torvalds was declared one of two winners of the 2012 Millennium Technology Prize, along with Shinya Yamanaka. The honour is widely described as technology sector’s equivalent of the Nobel Prize.

He was 17th in the Time 100: The Most Important People of the Century poll conducted in the year 2000. Four years later, he was named one of the most influential people in the world by Time magazine

He is married to Tove Monni, a karate champion. The couple has three daughters. In the year 2010, Torvalds became a United States of America citizen.

Torvalds, who considers himself an atheist, is a staunch believer that religion should be a personal choice and not a political issue.

1. Linus Torvalds got his first name after Linus Pauling, the Nobel Prize-winning American chemist although in the book Rebel Code: Linux and the Open Source Revolution, The computer pioneer is quoted as saying, “I think I was named equally for Linus the Peanuts cartoon character”. He further , noted that it made him half “Nobel Prize-winning chemist” and half “blanket-carrying cartoon character”.

2. Though he preferred to spend time on computers rather than in athletic activities, he went in for compulsory military training and held the rank of Second Lieutenant, in the role of artillery observer.

3. In 2003, the naming of the asteroid moon Linus was motivated in part by the fact that the discoverer was an enthusiastic Linux user. Earlier, in 1996, the asteroid 9793 Torvalds was named after him.

4. While Linus Torvalds is renowned for having created the Linux kernel, he also created Git, a version control system extensively used in software development worldwide.