The moon is stealing the Earth’s water: Here’s how

The total volume of frozen and liquid water on the moon is sufficient to fill Lake Huron, one of the five Great Lakes of North America. 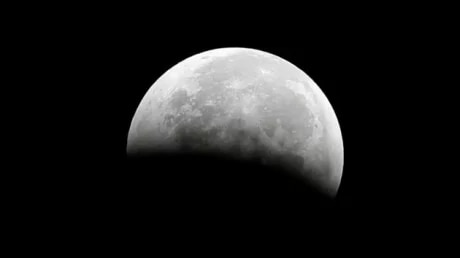 Hydrogen and oxygen ions that escaped from the Earth's atmosphere re-combined on the Moon's surface to generate water.

Tides are the rise and fall of the ocean's surface caused twice daily by the gravitational pull of the sun and moon. We all know that the moon has a greater impact on the tides as the vast oceans on the Earth's surface are affected by lunar gravity. However, moon, our only natural satellite, has likely been stealing water from Earth. A recent study published in the Scientific Reports, an online multidisciplinary, open access journal suggests so.  The research was led by Gunther Kletetschka, Associate Research Professor at The Geophysical Institute of the University of Alaska, Fairbanks, USA. Nicholas Hasson, a PhD student at the Geophysical Institute and the UAF Water and Environmental Research Centre, Institute for Northern Engineering, USA was a co-author. Read on to know more about it.

What does the research say about moon water?

According to the findings published in the journal, hydrogen and oxygen ions that escaped from the Earth's atmosphere re-combined on the Moon's surface to generate water. But how is it possible for something like this to happen? Well, such a process occurs when the Moon passes through the magnetosphere's tail (a teardrop-shaped bubble generated by Earth's magnetic field).

Some magnetic lines get broken when solar wind (a stream of charged particles released from the upper atmosphere of the Sun) collides with the Earth’s magnetic field, leaving strands of charged particles floating behind the Earth. On the other hand, some broken magnetic lines get fixed as the Moon travels through the magnetosphere's tail. A ‘shower' of Hydrogen and Oxygen ions results as a part of this process. On the Moon's surface, these ions combine to make water.

To put it differently, when the ions dig through crevices in the Moon's crumbled surface, they turn into liquid water and form what is scientifically called as large subsurface liquid water reservoirs. The water on the Moon is largely concentrated near the poles, which are difficult to reach due to the rough terrain and communication problems caused by the Moon's lack of proximity to Earth. However, it is said that the total volume of frozen and liquid water on the Moon is sufficient to fill Lake Huron, one of the five Great Lakes of North America.

What are the other theories regarding moon water?

Apart from the current research in question, there are some theories about how water molecules got to the moon's surface. Suggestions like impact of water-rich asteroids and comets colliding with the moon have been made to explain presence of water on the Moon. The majority of the bombardment is believed to have occurred during a period known as the Late Heavy Bombardment (LHB).

LHB is a theory which says that the Earth, along with the rest of the solar system, was subjected to a massive asteroid bombardment some 4 billion years ago. Moreover, the solar wind could also be a source for water accumulation on the Moon, according to scientists. The solar wind contains oxygen and hydrogen ions, which may have mixed and landed as water molecules on the moon.